Why complaint handling needs to change

UK citizens have been making complaints to the Parliamentary and Health Service Ombudsman for over fifty years.

The nature of those complaints has varied over time - from securing compensation for WW2 POWs from the Foreign Office back in 1967 to the NHS complaints that now comprise 88 percent of the department’s caseload – but all demonstrate the continuing need for public authorities to listen to and respond more effectively. Between 2016-17, nearly 7,000 complaints were escalated to the ombudsman suggesting that the impact of complaints management across the public sector is still as significant as it was in 1967.

Public grievances present the sector with the opportunity to right wrongs, improve service provision and protect democracy but only if they are heard. For the citizen, it’s never been easier to voice opinions. Complaints can be made not just by post or in person but by phone, email, social media, chat or text, with over 90 percent of the population enjoying Internet access. But for the public sector this presents more of a challenge. Departments and agencies now have to actively monitor and engage over these new channels and use feeds to construct a single view of the complainant if they are to effectively respond to issues.

The range of communication channels available has seen a marked shift towards online. According to the Institute of Customer Service, one in four social media users have used platforms such as Facebook, Twitter, Instagram or Google+ to complain over the past three months and the same study found that 12 percent will use these channels to escalate a complaint, up from 3 percent the year before.

Over 50 percent of the UK population own a Facebook account and 44 percent are active online daily, with penetration of social media predicted to grow by 4 percent per annum to reach 62.46 percent of the population by 2022. This growth can be attributed to an increasingly diverse demographic with one in ten social network users expected to be aged over 65 by 2021. It’s a section of society that are happy to use social networks to complain with 27 percent of those aged over 55 doing so back in 2012.

Is the public sector keeping pace with this trend and providing multi channel access? In the PHSO report, one in six of the complaints it upheld cited poor communication as a factor.

In Government circles, the predominant mode of communication offered on ‘How to make a complaint’ pages remains email or phone lines, while some still insist on only accepting  complaints via pen and paper. This is telling given that the recent PHSO report found that three quarters of its investigations were into just four government departments.

Attempting to spearhead the adoption of multichannel access is the Government Digital Service (GDS) with its Social Media Playbook. It advocates monitoring mentions and currently surveys over 15,000 posts a day. GDS is assisting other departments, including HM Treasury, the Cabinet Office and the MoJ, to put monitoring tools in place to track engagement but stresses the need to commit to social media, stating: “if you don’t have the resource to answer enquiries, then you don’t have the resource to use the channel”.

But can government departments afford to ignore these channels? Social media sees public complaints become, well, public and the consequences of this can be far reaching. Twitter has been compared to a megaphone in its ability to give a voice to the masses as a result of which experienced customer service personnel with complaint handling capabilities are now being moved into social media monitoring roles.

One action group helping Whitehall to tap into and tame these new channels is the Cross Government Complaints Forum (CGCF), formed in 2014. Complaints Champion, Edward Troup aims to encourage public services “to develop complaints ambitions” and to share best practice, complementing the work of the PHSO. Initiatives undertaken by departments include a project by HMRC which is now monitoring social media and using online surveys to give the department advance warning of problems and to improve speed of response.

Projects such as these prove that the public sector does have the resource and vision to be able to proactively engage with the public and answer complaints productively. Doing so will improve public confidence, make services seem more accessible, and ultimately lead to improvements in the way departments function. The question is whether they will provide these access mechanisms and the complaints management processes to support them in time to prevent some very public criticism. 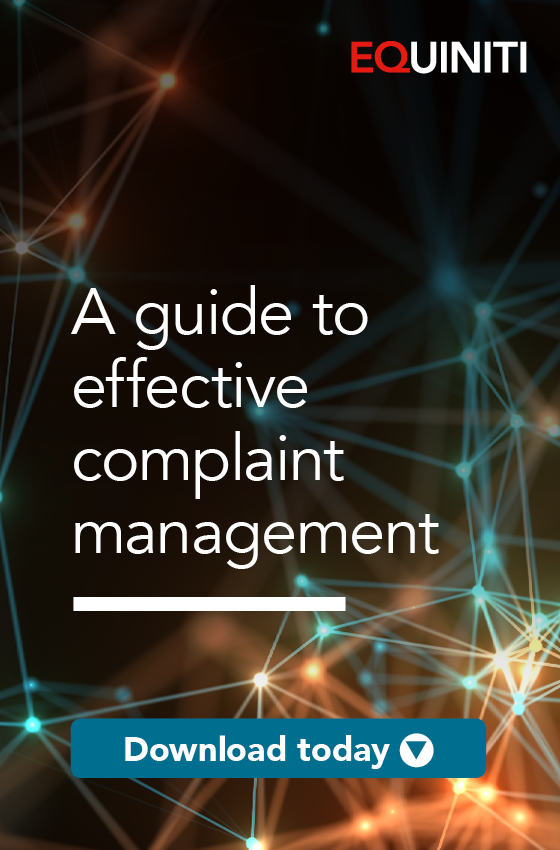